Although it has already been rumoured for a May launch, we managed to confirm that Intel’s Z68 LGA 1155 chipset with Sandy Bridge support will launch on May 11. 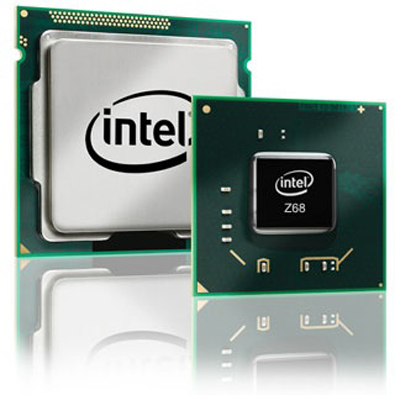 As noted, the Intel Z68 Express chipset supports Intel’s Sandy Bridge processors and will be marketed as a “performance overclocking chipset” that has support for CPU, memory, as well as processor graphics overclocking support. The Z68 can easily be considered as the tweaked P67 as it brings display outputs and RST SSD caching, while the rest of the specs are pretty much on par with the P67.

Other thing that also seperates the Z68 from the P67 is LucidLogix’s Virtu graphics switching software that will be supported by some, if not all, MB manufacturers, but honestly don’t get you hopes up as Lucid’s solutions had history of falling short when it comes to support, and there were some rumors that this one is no exception either, but we’ll hold on with info until we manage to get more details regarding it in the next few days.

The current schedule puts the launch of the Z68 on May 11th which makes more sense than the previously rumoured May 8th (Sunday) launch date. The good thing about Z68 is that it price shouldn’t be that much higher when compared to the P67.

More info regarding the Z68 should appear as we draw closer to the launch day.