The marching orders are in: Google’s Android Army is on the attack! T-Mobile is adding the new Samsung Behold II to its Android ranks, which already include the G1, the myTouch and the Cliq.

After all the fanfare surrounding Verizon’s Motorola Droid and Sprint’s HTC Hero, the Behold II has some big shoes to fill. But now that we’ve tinkered with it, we can say with some certainty that it’s … different. Like the other phones, it’s running the Android operating system. But it also suffers from some unfortunate interface tweaks. 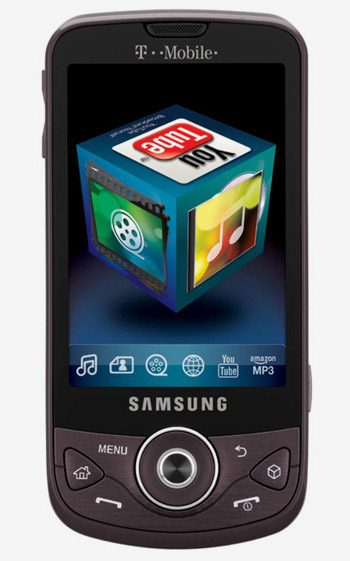 In terms of hardware, the Behold II is mostly ace. The phone’s hard-plastic chassis fits comfortably in the hand, and its brigade of soft keys and input jacks are mostly well-appointed. Using the relatively responsive touchscreen is hassle-free, and overall audio quality is passable in a number of environments.

Watching the high-res trailer for Clash of the Titans was relatively quick (thanks to T-Mobile’s zippy 3G data network), and the 3.2-inch screen sported impressive color and clarity.

For the most part, the phone rarely struggled despite the hefty tasks we threw its way. And as a bonus, a microSD card slot adds storage support for the multimedia capabilities of the Behold II, which include a sharp 5-megapixel camera and a slick music player. Overall, if your modus operandi is snapping pics, bumping tunes and talking on the phone, then the Behold II has you covered.

Unfortunately, productivity and general navigation don’t live up to the hardware’s promise. Instead of sticking with an Android-only user interface, Samsung opted to mix things up with its own “TouchWiz” system. On one hand, we understand the impetus. When HTC crafted a custom interface for the Android-powered Hero, it turned out great. However, Samsung’s similar approach turned the Behold II’s navigation into a nightmare. The end result is a disjointed experience, where sometimes you’re using Android’s menu system, and other times you’re using TouchWiz — complete with different looking icons and menu trees.

The crown jewel of this split-personality experience is the multimedia-enhanced widget called the “cube.” In short, this feature takes users to a rotatable onscreen cube whose six sides offer access to apps like YouTube and the Behold’s music player. Not only is the act of rotating the cube strangely challenging, it’s mostly pointless. Using the regular menus to launch these tasks is easier, and the ability to store shortcut icons on the home screen negates its necessity.

And don’t even get us started on the “shake for a random app” feature.

There’s light at the end of this murky tunnel, though. Even though it pairs decent performance with crappy navigation, it’s likely that Samsung will revisit some aspects of the interface when it updates the phone’s Android backbone in early 2010. This means the Behold II’s shortcomings could fall by the wayside with a unifying software update that has a more consistent look and feel.

But as it stands today, the Behold II’s strong points aren’t quite enough to make the other conscripts in the Android army stand down.

TIRED Menus are confusing, inconsistent and ugly. Unlock key is far too recessed to be of practical use. Touchscreen seems to attract more fingerprints than competitors. No good can come of that spinning cube.

China to Launch GPS Alternative With Own Beidou navigation system