MOSCOW — A Russian Proton-M rocket completed the successful launch Saturday of an advanced Chinese communications satellite that should help expand television coverage in parts of Southeast Asia. The Roscosmos space agency said the AsiaSat 7 satellite was placed in its designed orbit at 0423 GMT after being launched from the Baikonur space centre in ex-Soviet Kazakhstan on Friday evening. 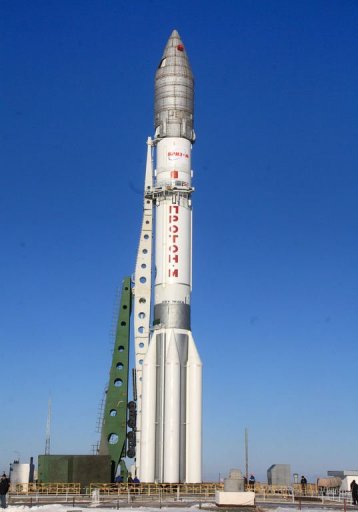 The mission was accomplished after a recent string of Russian space failures that included the botched launch this summer of what was billed as Europe’s largest telecommunications satellite. The Hong Kong-based Asia Satellite Telecommunications Company (AsiaSat) said in a statement that its seventh orbiter will support “a broad range of applications for the Asia-Pacific region” including television broadcasts. “With AsiaSat 7 successfully launched … we can assure continuity of service to customers, while at the same time adding to our on-orbit capacity to service new business,” said the company’s chief executive William Wade.