According to the product listing on Best Buy, the new version of Samsung’s ever growing tablet line has a 1280×800 TFT display, Android 3.1, 1 GB of RAM and 16 GB of built-in memory. 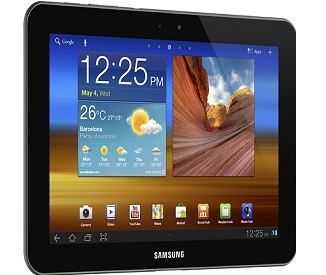 The new version of the Galaxy Tab was first unveiled at the CTIA wireless trade show in March, and complements the existing 10.1-inch and 7-inch versions.

The product listings on BestBuy.com only show WiFi versions of the 8.9-inch device, but it is widely expected that Samsung will introduce 4G LTE connectivity in the very near term.

The Galaxy Tab brand has become one of the most popular Android tablet options, mainly because it was the first to enter the market, but also because Samsung has been great about keeping the product line new and fresh.

Nevertheless, Android Honeycomb-powered tablets account for about 1% of all Android devices, a number Google is probably not all that excited about.

Skype for Android Gets Updated to Version 1.0.1