Earlier this month, Adobe Systems announced it was discontinuing its development of Flash for Apple’s iPhone and iPad, and would refocus much of its mobile efforts on devices built on Google’s open-source Android platform. On Tuesday, a Google vice president confirmed that full support for Flash is coming in the next version of Android.

In an interview with The New York Times, Google Vice President of Engineering Andy Rubin took a swipe at Apple, which has refused to support Flash on its mobile devices. Sometimes being open, the paper quoted him, “means not being militant about the things consumers are actually enjoying.” 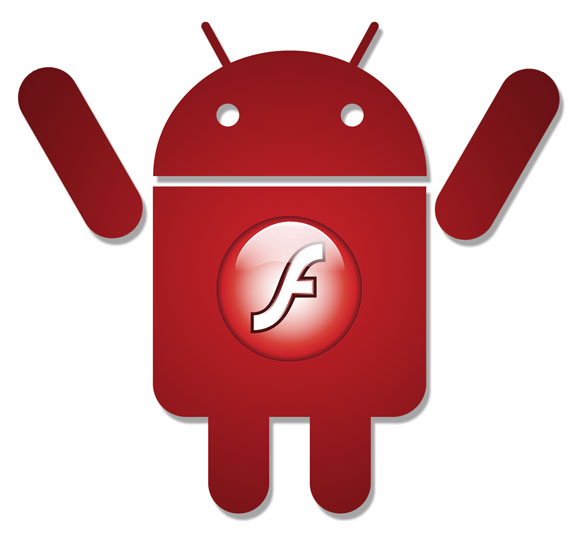 ‘A Matter of Time’

Rubin also said “it’s just a matter of time” before open Android-based devices exceed the sales numbers for Apple and RIM, whose mobile devices are based on proprietary platforms.

The presence of Adobe’s Flash technology — or the lack of it — is becoming a key differentiator for mobile devices, so Rubin’s announcement indicates that a non-Flash iPhone and iPad will face Flash-enabled Android smartphones and tablets. Since Flash is widely used on web sites for video and interactive animation, a key differentiating marketing issue could become whether Apple’s mobile devices will be able to see “the whole web.”

The Apple-Adobe conflict hit a turning point earlier this month, when Adobe said it would stop development on a tool that turns Flash applications into native apps for the iPhone and iPad. The reason, as Adobe Technology Evangelist Lee Brimelow wrote on Adobe’s official Flash Blog, is that Apple won’t “allow applications onto their marketplace solely because of what language was originally used to create them.”

Apple recently modified its software developers kit license to forbid cross-platform compilers. These allow a developer to create an application for one platform and then recompile it for another. Some industry observers took this to be a direct shot at Adobe’s efforts to allow conversion of Flash apps into native iPhone or iPad apps.

‘Too Early’ To Tell

Avi Greengart, an analyst with industry research firm Current Analysis, noted that, while Google had previously said Android would support Flash, this is the first time the company indicated that Flash will be part of the operating system, rather than available as a plug-in.

He added that it’s not yet clear if, even with Flash as part of the OS, it will come on new devices or have to be downloaded.

Greengart said it’s “too early” to tell how important a competitive advantage Flash will offer to Android or other mobile platforms over the iPhone and iPad. One reason, he said, is that Apple still has a massive advantage in third-party applications, which have become a leading driver of buying decisions for mobile devices.

The other major reason, he pointed out, is that full Flash “doesn’t yet exist” on Android, and we’ll have to wait to see how well it works.

But he acknowledged it could become a significant factor. As an example, Greengart noted a recent conversation he had with an 11-year-old girl who had decided “she didn’t want an iPad.” Her reasoning, he said, had nothing to do with the expense or the question of whether an 11-year-old needs an iPad.

Instead, he recalled, she knew the iPad didn’t have Flash, and she also knew that “all her fairy sites, and other kid sites she visited, required Flash.”