Google Makes Cloud Connect Available to Everyone for Microsoft.

Google Inc. announced today on the Google Docs Blog that its “Cloud Connect” plugin — which the company introduced back on November 22 of 2010 is now available to everyone. As previously explained, Cloud Connect is a plugin for Microsoft Office that allows individuals to easily sync their documents to Google Docs in order to let colleagues work on them simultaneously from the cloud. 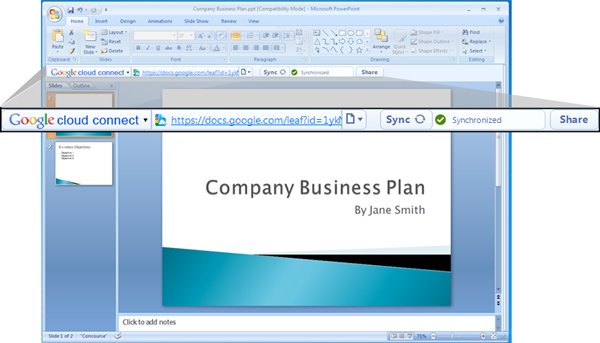 Google Cloud Connect is based on DocVerse — a San Francisco,California-based company acquired by Google back in March of 2010.

Google indicates that “due to the lack of support for open APIs on Microsoft Office for Mac,” they are unable to make Google Cloud Connect for Mac.

More information available in the explanatory video after the break. Let us know what you think.