Apple has released iOS version 4.3.3 for the iPhone 4 (GSM), iPhone 3GS, iPad 2, iPad and iPod touch (third and fourth generation), just as we reported. The only changes noted by Apple with this release pertain to the location tracking bug discovered recently. Apple states that this release “contains changes to the iOS crowd-sourced location database cache.” 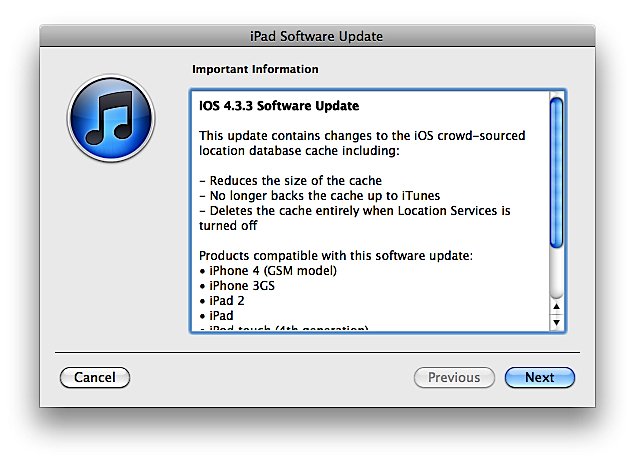 More specifically, the update “reduces the size of the cache,” “no longer backs the cache up to iTunes,” and “deletes the cache entirely when Location Services is turned off.” An update carrying similar changes — iOS 4.2.8 — is available for the Verizon Wireless iPhone 4 as well.