The new desktop software will offer Windows 7 Facebook users access to Chat, the ticker feed and notifications. The standalone application is targeted towards users of Facebook’s chat service. Facebook’s most popular application on its platform is the Windows Live Messenger client which has 18.2 million daily active users. The new Messenger application was developed entirely by Facebook according to TechCrunch. The application only works on Windows 7 and Microsoft has reportedly not been involved in the development process. 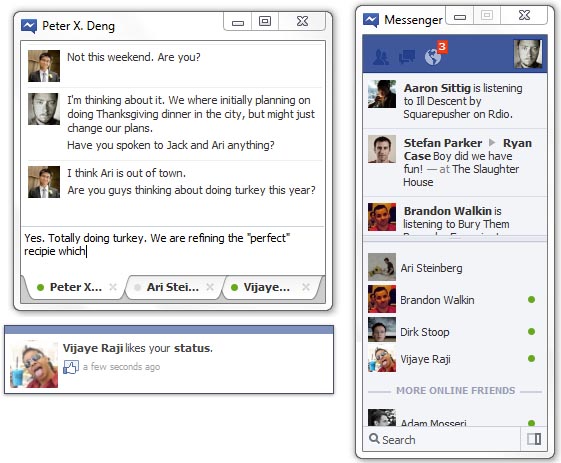