A game developer who goes by Fletch has developed a video game level based on bin Laden’s Abbottabad compound. He created the level to be played in the first-person shooter game ” Counter-Strike: Source.” 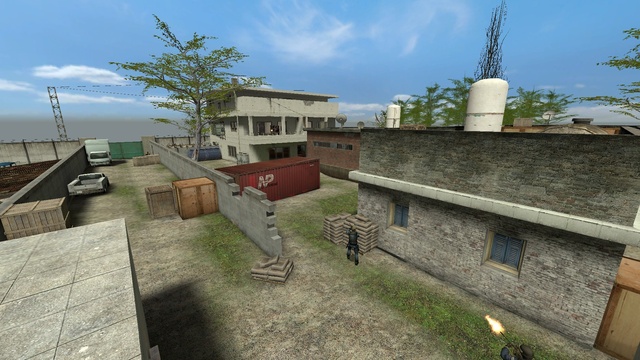 Its graphics resemble photographs of the compound raided by Navy SEALs who found and killed bin Laden on May 2.

The level titled “fy_abbottabad” can be downloaded at the web site GameBanana .

Counter-Strike, the BBC reported, is a game created by Valve Software that lets people play different scenarios online. They can either take on the role of terrorist or counter-terrorist with objectives such as assassinating people or saving hostages.

The Huffington Post said the developer’s creation can be downloaded as a backdrop for different plots within the Counter-Strike game. Fletch is an independent developer and not employed by Valve.

Some have suggested releasing the level is inappropriate.

“This is so horrible – trivializing murder,” a New York Times reader commented. “I shudder as I read this.”

Another said it wasn’t too early to “start fake killing bin Laden.”

Fletch responded on GameBanana that the only thing the map has in common with bin Laden is the location.

“I can see how people would think it is in bad taste, but honestly if that’s your opinion you may as well protest the whole game (as well as many others),” he said.

The GameBanana site shows that have been over 11,000 downloads of the level.