Verizon Wireless on Wednesday announced the LG Enlighten, a new Android 2.3 (Gingerbread) smartphone that will be available on September 22nd for $79.99 after a $50 mail-in rebate with a new two-year agreement. 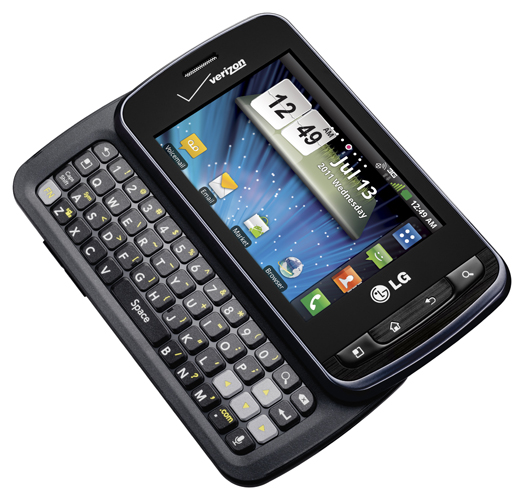 The Enlighten offers a full QWERTY keyboard and a relatively basic feature set given its price. It is powered by an 800MHz processor and has a 3.2-inch touchscreen display with a relatively low 480 x 320-pixel resolution. The Enlighten will ship with a 2GB microSD card and also has a 3.2-megapixel camera, although it lacks a secondary front-facing camera for video chats. Other features include Adobe Flash 10 support, 3G Mobile Hotspot for sharing your 3G connection with up to five Wi-Fi-enabled devices, and Bluetooth 3.0 support. Read on for the full press release