Research in Motion recently launched their first ever tablet in USA and Canada which is known as BlackBerry Playbook. We recently reviewed it for you, and we told you that it’s a good tablet. Mobilink also announced that they will bring it in Pakistan whereas HomeShopping PK and other retailers are already offering it.

Unfazed by its recent Playbook recall in the US, Research in Motion has firmed up plans to release the device in the UK.

The company’s flagship tablet will hop across the pond to its first international market, where it will go on sale beginning June 16.

The news comes very recently after RIM had to put egg on its face by recalling several hundred Playbooks stateside over what it called a faulty software issue. 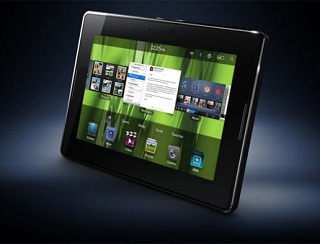 Other than confirming some units were afflicted, RIM did not reveal details about what happened or where the affected units were shipped. A report on Engadget said they were sent to Staples stores.

The Playbook, which launched last month, is noteworthy not only because it’s RIM’s first foray into the tablet market but also because it abandons the company’s decades-old Blackberry operating system and uses a new QNX-based platform. One of the stumbling blocks from RIM had been its highly outdated OS and failed attempts to bring it into the competitive arena of Android and iOS.

Because of its new and fresh approach, the Playbook has received a handful of positive reviews, but it has also faced criticism for its lack of apps and because it heavily relies on users having a Blackberry phone nearby to access certain features.

Regardless, sales have been positive so far, which is a good first step on RIM’s path to remain relevant. After the recall announcement, however, the company’s stock price fell sharply. Hopefully it can come back from that setback and continue on the path of new product innovation that it started with the Playbook.