NEW DELHI: Nokia has expanded its smartphone lineup in the country with the launch of Nokia X5. Claimed to be a fully loaded entertainment device, Nokia X5 has 5 MP camera with LED Flash, integrated speakers, dedicated music keys and availability of unlimited music for a year from Ovi Music. 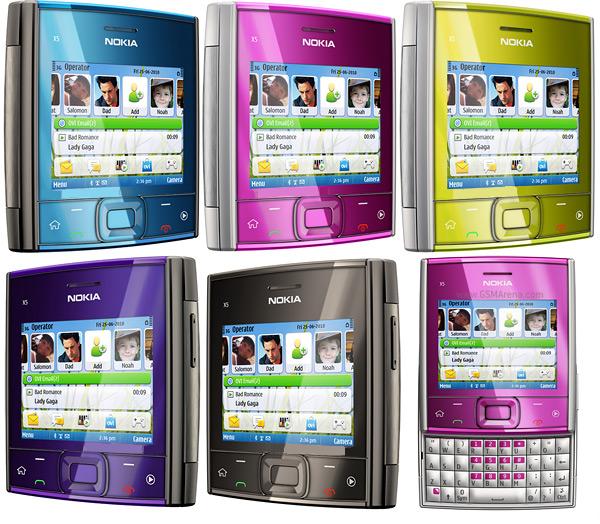 The smartphone has a 2.36 inch QVGA display and a slide out QWERTY keypad. Nokia X5 runs on Symbian Series 60 (third edition) which is the same OS as used in the company’s E-series smartphones. The smartphone supports the usual slew of social networking services like Facebook, Twitter, MySpace and Hi5 social networks as well as major IM and webmail services.

Available in several vibrant colours, Nokia X5 comes with a fun application ‘Surprise me!’ that allows users to play random tracks by just spinning their phones. With the help of ‘Playlist DJ’ they can create playlists based on their mood or favourite songs.

According to reports, Nokia X5’s battery offers up to 16-days standby time or 24 hours music playback from a full charge.