Opera has confirmed that its Mini iPhone browser was downloaded more than one million times during the first day of its availability.

Unsurprisingly, Opera Mini is currently the number one iPhone app in the 22 featured Apple App Stores, as of 8 a.m. CET on Thursday, April 15, 2010. 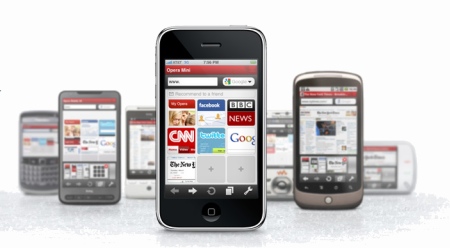 As TG Daily previously reported, the company submitted its browser to Apple on March 23, following the unveiling of Opera on iPhone during the Mobile World Congress, CTIA and SXSW.

Initial Mini previews were met with positive reviews, with the browser offering a significant speed increase (especially on congested networks) via advanced Web-page compression techniques to keep roaming and pay-per-MB costs at a minimum.

“Today iPhone users have a choice, and, as the numbers show, they are eager to explore new and faster ways to surf the Web on the iPhone – especially during heavy Web traffic,” explained Opera CEO Lars Boilesen.

“With any widely available and frequently downloaded Opera product, we are appreciative of all the feedback we are getting, as it helps us to continually improve our product and better meet the needs of our users.”

Opera says its browser is the “The fastest browser on Earth” Opera 10.50 Web browser