Amazon reportedly sold 95,000 Kindle Fire tablets during the device’s first day of pre-sales availability alone. According to estimates from market research and intelligence firm eDataSource, pre-order sales of Amazon’s upcoming premier tablet may be on an astounding pace. 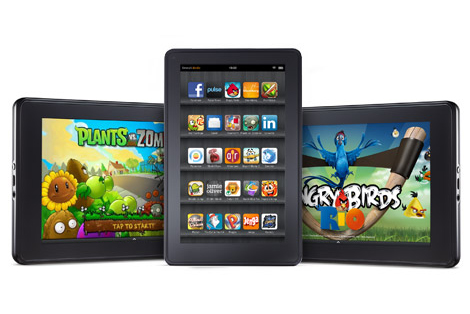 To put the company’s estimated day-one sales in perspective, RIM sold just 200,000 BlackBerry PlayBook tablets into sales channels during the entirety of its second fiscal quarter. How did eDataSource arrive at the 95,000 figure? ”eDataSource’s panel of 800,000 inboxes allows us to gain insight into eCommerce sales” eDataSource CEO Carter Nicholas said. “Within hours we can get a read on hot product launches based on sales from leading eCommerce websites.” The company’s system then scours inboxes for purchase receipts and that data is used to estimate daily orders. As far as accuracy, the eDataSource notes that its first-day sales estimate for iPad in 2010 was 350,000 units; Apple would later announced that it sold “over 300,000 iPads” on the tablet’s first day of availability. EDataSource’s full press release follows below.