Apple could sell 28 million iPads in 2011, perhaps affecting sales of lower end PCs, according to a new research note from UBS Investment Research.

“Sales of traditional notebooks appear to be feeling pressure from the iPad, causing a scramble by vendors to launch iPad-like tablets,” UBS Investment Research analyst Maynard Um wrote in that note, excerpted on the blog Apple Insider. “We believe that a majority of this impact is occurring on the lower end of PC sales as the iPad is priced close enough to this range that it becomes attractive to consumers looking to make purchases within this segment.” 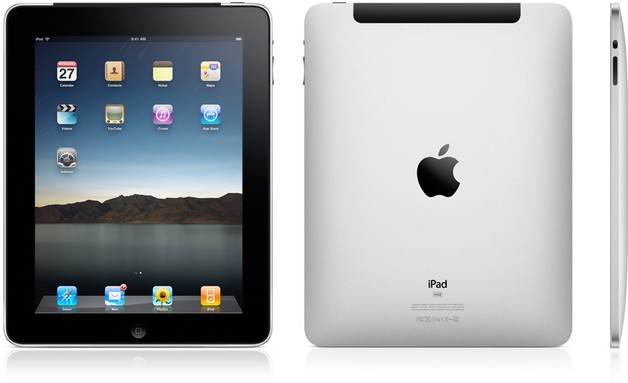 In addition, Um reportedly suggested that “consumers who purchase iPads may be more willing to delay purchases and upgrades of existing PCs,” although he stopped short of suggesting the iPad has started to cannibalize the notebook market.

Apple executives have seemed fine with that prospect, however.

“If it turns out that the iPad cannibalizes PCs that, I think, is fantastic for us, because there are a lot of PCs to cannibalize,” Apple COO Tim Cook said during the company’s July 20 earnings call. “It’s still a big market.”

Apple’s iPad now ships within 24 hours from the company’s online store, suggesting the company’s production capacity has caught up with demand for the device. Previously, the storefront had reported days’ or even weeks’ worth of shipment delays. For the third quarter of fiscal 2010, Apple reported sales of 3.27 million iPads.

Whether or not the iPad ultimately affects notebook sales, it certainly has goaded other manufacturers to explore tablet PCs. Samsung is preparing to launch its 7-inch Galaxy Tab, running Google Android, while Dell has already released its 5-inch Streak. Research In Motion is reportedly exploring a BlackBerry-branded tablet, running its new BlackBerry 6 OS, and Microsoft executives have made public that company’s intention to port Windows 7 onto a variety of tablet form-factors.

Hewlett-Packard caused a minor stir earlier this year, when it acquired Palm and then announced a future line of tablets running the latter’s Palm WebOS. HP will reportedly also produce a line of enterprise-centric tablets that run Windows 7.

However, some analysts believe that all of these companies face a substantial uphill battle if they want to take market share from Apple.

“Apple’s vertical integration with software, online services, apps and design gives it unparalleled advantages in time-to-market and ease-of-use for customers,” Ben Reitzes, an analyst with Barclays Capital, wrote in a July 7 research note. “We believe HP must demonstrate to investors that its Palm deal gives them exposure—and that it can use its distribution and link with printers to help gain a foothold. We believe the tablet market presents challenges for Dell.”

Reitzes estimated that Apple will sell 20 million iPads in 2011. While lower than Um’s estimate, it is nonetheless in line with other analysts who believe the iPad and large-tablet markets will only increase in the short- to medium-term.