Android 2.2 comes to Evo 4G next week with lots of new features.

The feature-laden update to Google’s Android operating system is finally getting ready to make its way to Sprint’s Evo 4G phone, becoming the second device to get the upgrade.

Android 2.2 brings with it a number of new features, including the ability to turn the phone into a Wi-Fi hotspot, improved performance, and new widgets for the home screen. 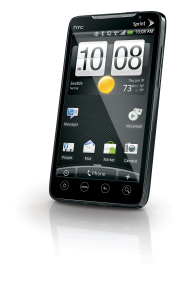 The only other phone that has officially received the new version of Google’s operating system is the only phone that was actually designed by Google, the Nexus One. However, that phone is no longer even sold in the US due to sluggish sales, and it accounts for less than 5% of Android owners in the country.

Thus, the Evo will be the first major Android device to get the upgrade. However, not all Evo owners will be enjoying the new firmware next week. Sprint said that it will be pushing out the update in phases over the course of multiple weeks, so only a handful will get the download at first.

Motorola’s Droid, the #1 selling Android phone, as well as its successor the Droid X and Samsung’s Galaxy S phones are all expected to get the 2.2 update very soon as well.

The first lucky Evo users will begin getting their update on August 3, according to an internal Sprint memo leaked by Engadget.