Nvidia has responded to “concerns” about the GTX 480 by noting that the recently introduced GPU was designed to run at “high temperatures” without affecting quality or longevity.

“Since launch, we’ve been getting great feedback from you on all that the GTX 480/470 has to offer. With it, you can ‘crank up’ your next gen PC games. From advanced tessellation engines, 480 compute cores, to new ray tracing technologies and of course 3D Vision Surround support,” Nvidia spokesperson Drew Henry wrote in an official blog post. 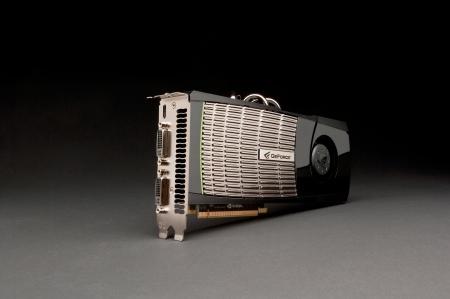 “When you build a high performance GPU like the GTX 480 it will consume a lot of power to enable the performance and features I listed above. It was a tradeoff for us, but we wanted it to be fast. The chip is designed to run at high temperature so there is no effect on quality or longevity. We think the tradeoff is right.”

Nevertheless, a number of readers continued to express concern over the possible side effects of a “hot” Fermi-based card, including one named “Max.”

“I love what you guys have been doing for the PC game industry and I’m thankful for that. The GTX480 has awesome features that an enthusiast gamer need in the present and future. It consumes a lot of power, but I agree with you that it was a trade off, anyway, that some more power doesn’t change my power bill much, at all.

“[But] the problem is the heat, you said that the GPU was designed to work at high temp but it may even go up to 10 degree more in my country’s hot environment which can break the card. I want to hear your explanation about this, or I will have to wait for the next Fermi card that is a lot cooler, in that case, please release them soon.”

However, Henry responded to Max’s post by emphasizing that “all Nvidia” products were manufactured to operate in “extremely hot and cold” environments.

Seagate bridges the gap between PC and Mac