During its music-centric event in San Francisco, California on Wednesday morning, Apple announced its plans to enter the social networking realm as an effort to democratize the process of discovering and sharing music with friends over iTunes. 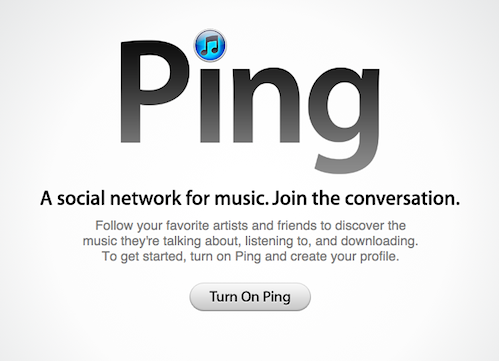 The new service, named Ping, is a proprietary web service bundled within the new iTunes 10 software update that allows a user to follow both friends and artists to find new music and concert tours. Apple CEO Steve Jobs remarked during the 10am live conference that the new service “is sort of like Facebook and Twitter meeting iTunes. It is not Facebook. It is not Twitter. It is something else we’ve come up with. It’s all about music.” 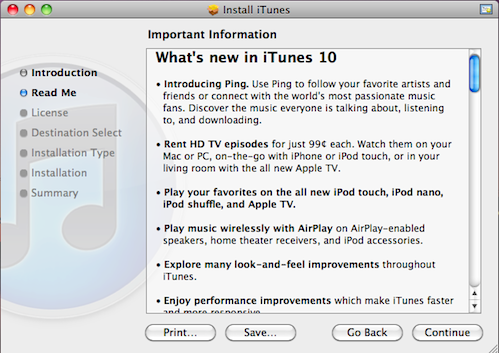 Ping is accessible to anyone with an iTunes account upon installing the new software update. Like Facebook, Apple’s social networking service publicly lists every user who has clicked the “Like” button on a status comment, provided that the user has configured their account settings to allow public content sharing. Ping will have settings for privacy as well, giving users the option to approve and reject followers at will.

During his keynote, Jobs also unveiled a new iTunes logo, which does not include an image of a CD on it due to the idea that compressed MP3-quality music sales on iTunes are soon expected to overtake CD sale. While the idea of millions of music consumers around the globe never experiencing or respecting the clarity of lossless CD-quality audio makes us shriek in disgust, we are inclined to believe that CD prices might regress, giving the handful of audiophiles like ourselves an incentive to purchase even more CDs than ever before.

In perspective, iTunes has always been a central hub for Apple, bringing together computing and portable entertainment devices like the Mac, Macbook, iPod, iPhone and iPad, with content in the form of music, movies, TV shows, apps and books. While the utility of content availability is more or less complete on the computing side of the human-computer interaction (HCI) spectrum, a major component gone missing have been the social networking mechanisms that connect people with that content.

In this regard, Ping serves to bridge the gap between what iTunes has to offer and the strong and weak ties between personal friendship circles. On the social end, it similarities to Facebook, but the main difference is that it’s integrated into the shell of a bigger program, namely iTunes. Unfortunately, Apple has not announced a purely cloud-based implementation of the new service, and we have reason to believe that this decision could be the result of an infamous belief held in the company’s corporate culture – control over proprietary products and services.

Let’s face it, the social networking services popular on the Internet of 2010 are based on the core foundations of utility infrastructure, distributed server networks, open standards and cloud-based data distribution. If Apple truly wanted to release an music-oriented social network that was open ended, Steve Jobs would have announced a web accessible front-end during the keynote on Wednesday morning.

While we don’t expect many Ping users to constantly leave iTunes open on their computers from system startup to the end of the day in to socialize about music, we believe the service will be used no more than the amount of time used for browsing and purchasing content on the iTunes store. If anything, Ping will supplement the buying process by invoking stronger inclinations to purchase content based on the recommendations of friends and followers.