Handset maker Motorola has launched the successor to its Milestone high-end smartphone – appropriately named the Milestone 2.

The Milestone is essentially the same as the Droid in the US, but this one is analogous to to the Droid 2, not the Droid X. We hope that’s clear now. 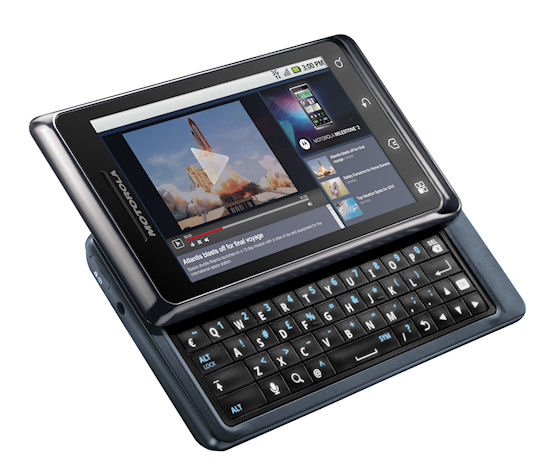 One thing they all have in common is an SoC upgrade. While Motorola hasn’t named the chip, it has revealed it clocks at 1 GHz and we understand that to mean it’s a TI OMAP 3640.

Despite being almost twice the speed of the OMAP 3430 in the original Milestone, the 3640 still uses ARM’s Cortex A8 and Imagination Technologies’ SGX 530 designs. We have to wait until the OMAP 4 SoC finally turns up for some fundamentally new designs.

Other than that, the Milestone 2 comes with Android 2.2 as standard, an improved keyboard with bigger keys thanks to ditching the superfluous touchpad ,and, unlike its predecessor, it comes with Motorola’s own web communications UI – Motoblur. There’s now 720p video capture and a web-connected music player.

Motorola BACKFLIP coming to Europe, Germany gets it in April