Google on Thursday released free software that lets smartphones based on its Android operating systems be used as language translation tools.

Google enhanced its Goggles application to read and translate English, French, Italian, German, or Spanish after pictures of words are taken with cameras built into smartphones such as the Internet giant’s Nexus One. 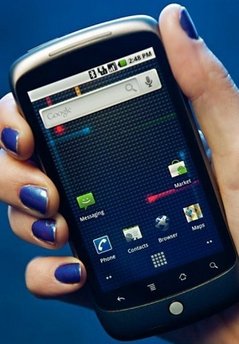 “We are hard at work extending our recognition capabilities to other Latin-based languages,” Google software engineers Alessandro Bissacco and Avi Flamholz said in a message posted at the California firm’s website.

“Our goal is to eventually read non-Latin languages (such as Chinese, Hindi and Arabic) as well.”

Goggles is “computer vision” software that lets smartphone users do Internet searches based on pictures taken with the gadgets instead of typed in search queries.

Along with translation, the latest version of Goggles was enhanced to better read bar codes and recognize a larger array of artwork, products, and logos.

“Computer vision is a hard problem,” the engineers said. “While we are excited about Goggles v1.1, we know that there are many images that we cannot yet recognize.”

The latest Goggles program is available as a free download for devices running on Android version 1.6 or higher.

The software was released a day after Google introduced new a new look for its mobile Internet search results pages in the United States.

When you go to Google.com on iPhone or Android devices and enter a search, a tap on a button to the left of the search box on results pages reveals tools for refining queries.