We’re big admirers of the trail blazed by Taiwanese smartphone maker HTC in recent years with Android, and now WP7. But it needs to be careful not to succumb to the temptation to issue a separate product for every conceivable sub-demographic, as have so many of its compatriots in the PC space.

Back May HTC launched the Wildfire as the lower-end option for users looking to live the Android/HTC Sense dream, but didn’t want to remortgage the house in order to do so. Good idea, we thought, and at least one member of the HEXUS team took them up on their offer. 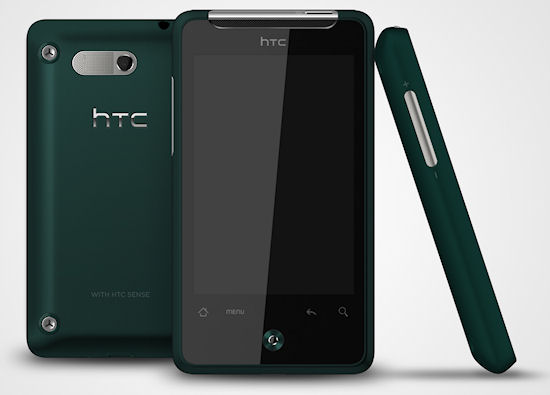 Today HTC launched the Gratia (isn’t that a women’s mag? –  Ed), which seems to be positioned in exactly the same way. We gather it’s pretty similar to the Aria, which has been available in the States for a while. HTC hasn’t supplied the full specs of the Gratia so here are some key Aria specs from AT&T, note the sub-Snapdragon SoC and that the Gratia will come with Android 2.2:

While the Gratia will launch in Europe next month, we won’t see it in the UK until early next year. As you would expect with the launch still months away, there was no price guidance, but it’s worth noting that you can get the Wildfire from Vodafone for ‘free’ on a £15, 24 month contract. We think the Gratia will be positioned as more ‘grown up’ than the Wildfire, so perhaps the name is not a coincidence. It will come in black, white and ‘forest green’.

Florian Seiche, EMEA president of HTC, sees greater differentiation than we do. “HTC Gratia offers something completely different,” he insisted. “Its compact size, beautiful design and power with Android 2.2, combined with its personalised experience through HTC Sense, is uniquely compelling. We can’t wait to bring HTC Gratia to our customers in Europe.“