Intel Corp. wants to be inside your television. And your cell phone. And your car. And pretty much any other device that could one day connect to the Internet and require a computer chip.

And with its deal to buy McAfee Inc. for $7.68 billion, the world’s No. 1 semiconductor company now wants to sell you security software as well — in all those places. 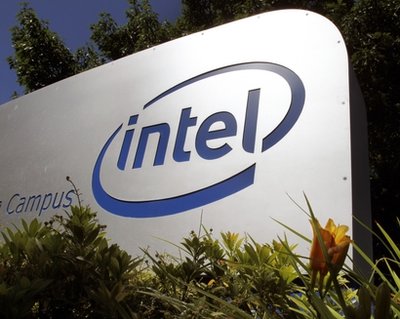 The all-cash deal announced Thursday marks the biggest acquisition in Intel’s 42-year history, an expensive example of Intel’s commitment to sell more than chips for personal computers and servers. It is the sixth biggest deal globally between two technology companies over the past 3 1/2 years, according to Capital IQ, a division of Standard & Poor’s.

But the deal is also a reminder of Intel’s inconsistency in finding new ways to grow. The company is an infrequent acquirer with a history of dabbling in, and retreating from, markets outside its core business. It once even had a toy division that made microscopes and other gadgets — a project Intel eventually gave up because of poor sales.

Once the deal closes, as expected, McAfee would help Intel improve the security of its chips, which are currently inside about 80 percent of the world’s PCs and servers. It also would open a new revenue stream for Intel, which plans to sell McAfee’s software alongside its chips for PCs and other Internet-connected devices.

Joint products from the companies won’t appear until next year. When they do, the most noticeable result for consumers would likely be sales pitches for security software in unexpected places.

“Everywhere we sell a microprocessor, there’s an opportunity for a security software sale to go with it,” Intel CEO Paul Otellini said on a conference call with analysts. “It’s not just the opportunity to co-sell, it’s the opportunity to deeply integrate these into the architecture of our products.”

The announcement worried some Intel investors because it takes Intel so far afield of what it’s best at, which is making microprocessors, the “brains” of computers. Intel shares fell 63 cents, or 3.2 percent, to $18.96.

Some analysts questioned the wisdom of buying McAfee when Intel could have gotten many of the same technical gains by continuing the two companies’ partnership. Intel said it has been working closely with McAfee for the last year and a half to improve the security of both companies’ products.

Others praised the deal as giving Intel an edge over other chip-makers in markets where Intel is weak, such as cell phones, where chips that use less power than Intel’s are more popular.

Analyst Tristan Gerra with Robert W. Baird & Co. said the deal addresses rising security concerns among makers of non-PC computers and gives Intel “significant security advantages” over chip-makers who have to rely on third parties for the security software they bundle and sell to device makers.

Intel’s chips already have a significant amount of security features. McAfee’s technology should help strengthen those features and fine-tune them for the new devices that Intel is targeting — even if consumers don’t buy additional security software.

Intel doesn’t need the bump from McAfee immediately, having booked its biggest quarterly net income in a decade in the April-June period. But just as PC makers are desperate to broaden their reach as phones and other devices replace certain types of computers, Intel wants to make sure its chips end up inside the next generation of Internet-connected devices.

Both boards unanimously approved the deal. It still needs approval from regulators and McAfee shareholders, but analysts do not expect problems. Intel did not say when it believes the deal would close. Both companies are based in Santa Clara, Calif.

Intel has traveled this road before.

Before McAfee, Intel’s biggest acquisition was its $2.14 billion takeover of Level One Communications in 1999, part of a multibillion-dollar spending spree during the dot-com heyday to beef up Intel’s lineup of communications chips. That effort ended with Intel selling most of those businesses in 2006 for $600 million.

The sell-off illustrated a broader purging by Intel as its finances were suffering under an assault from a scrappy, smaller rival, Advanced Micro Devices Inc., and its encroachment on Intel’s turf in server chips. AMD also found another way to hurt Intel: Its complaints about Intel’s sales tactics got Intel in trouble with antitrust regulators around the world.

Intel is fighting a record $1.45 billion antitrust fine in Europe and separate cases in South Korea and New York state. Earlier this month, it squashed the harshest antitrust case it has faced yet by settling with the U.S. Federal Trade Commission. Last year it also settled with AMD for $1.25 billion.

Military Could Use iPhones to Track Friends, Enemies in War

HP Plans to kills off webOS operations for webOS devices