Sony unveiled its newest TV line at a media event last night in New York City. The new model line, known simply as Sony Internet TV, gives users access to the Web like never before. Unlike current Internet-connected TV sets that give users closed, restricted access to the Internet – meaning they can only use special online apps – Google TV literally lets users access everything on the Internet, from their TV. No external box required. 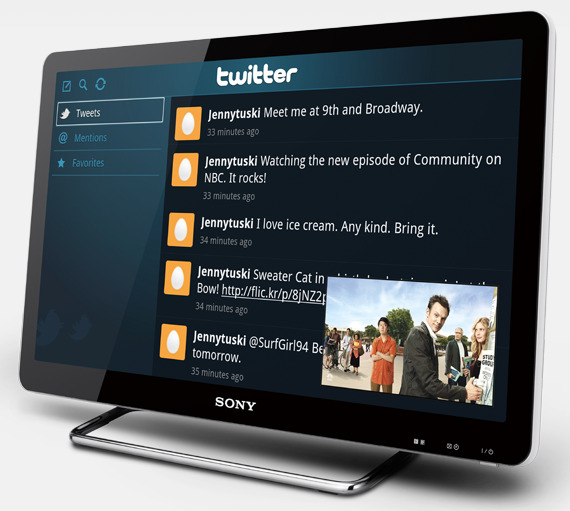 The TV platform actually incorporates a full Web browser, Chrome, letting users do whatever they want on the World Wide Web, while also watching TV. That’s something else unique about Google TV, because most other IPTV applications force TV playback to be halted in order to devote all of the unit’s resources to the app.

Sony Internet TV can keep a live TV picture-in-picture box on the bottom-right of the screen no matter what other apps or websites you’re running in the background. The TV itself has an Intel Atom chip inside it to power everything. It also has 8 GB of storage, unlike the very measly handful of megabytes Samsung offers on its Internet-connected TVs.

The more intriguing part of Sony’s new TV is the remote control – a small handheld with a full Qwerty keypad, allowing users to easily type in Web addresses or run searches. 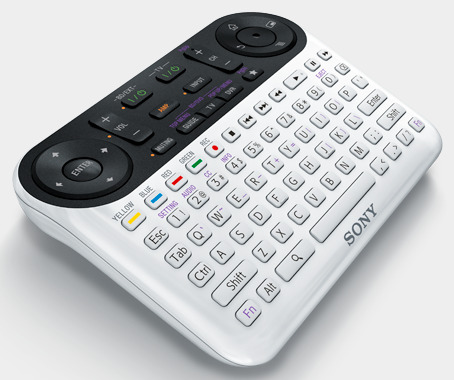 Speaking of searches, that’s where Google TV shines. Punch in “NBA” and you’ll not only get to see when the next NBA live event is airing, you’ll be able to search your DVR (if and only if you have Dish Network) for any “NBA” shows you have recorded, you can search the Web for NBA, or look up NBA on your favorite social networking site.

If all this sounds at all interesting to you, you won’t have to wait long to try it out. Sony Internet TVs go on sale at Sony Style stores across the country beginning this weekend. They’ll also be available in Best Buy on October 24.