Yahoo’s finally found someone to take bookmarking service Delicious off its hands, selling up to YouTube founders Chad Hurley and Steve Chen.

Yahoo acquired Delicious about five years ago. Late last year, the company announced that it was planning to shut down Delicious, along with several other poorly-performing services, after making nearly 600 layoffs. It warned that if no buyer appeared by this July, the unit would be closed. 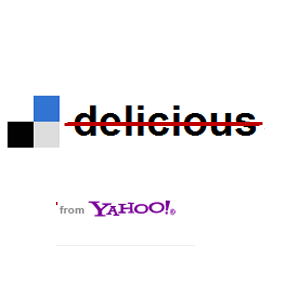 But Hurley and Chen have ridden to the rescue, saying they plan to incorporate Delicious into their new venture, Avos. They say they intend to continue the service in its present form.

“We’re excited to work with this fantastic community and take Delicious to the next level,” says CEO Hurley. “We see a tremendous opportunity to simplify the way users save and share content they discover anywhere on the web.”

Yahoo will continue to run the service until July. In the meantime, Delicious users will need to transition their bookmarks to Avos, after which the service will continue to work without any further changes. The founders say their first priority will be to release the new Firefox 4 extension ‘as soon as possible’.

Meanwhile, according to the Wall Street Journal, News Corp is accepting offers for social networking site MySpace. It’s said to be looking for around $100 million – well up on the $580 million it’s believed to have paid for the site back in 2005, despite the site’s poor performance since.