Twitter has been plagued by a series of glitches in recent days which has caused the service to run more slowly or go offline completely.

“From a site stability and service outage perspective, it’s been Twitter’s worst month since last October,” said Sean Garrett, a spokesman for the site, in a blog post. 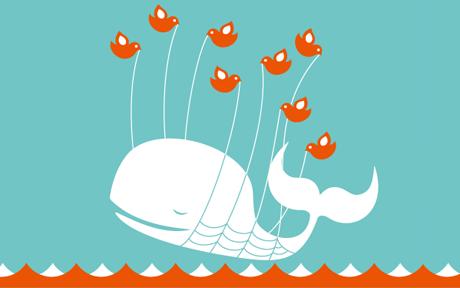 “We’d already said this is going to be a rocky few weeks. We’re working through tweaks to our system in order to provide greater stability at a time when we’re facing record traffic. We have long-term solutions we’re working towards, but in the meantime, we are making real-time adjustments so that we can grow our capacity and avoid outages during the World Cup.”

Visitors to the microblogging site have been greeted by the infamous Fail Whale, which signals the service is down, several times in the last few days. On Monday, a system glitch meant the same tweets were posted repeatedly, while users have reported a slowdown in the speed of real-time updates in recent days.

Garrett said Twitter had suffered “inadvertent downtime” as a result of “unexpected deeper issues” with the system’s capacity and reliability. He said the company was unhappy about the disruption to service, and understood the negative impact the downtime was having on users.

The kick-off of the World Cup in South Africa has placed an additional burden on Twitter, which attracts around 190 million visitors per month. The company said that although it was aware of the likely impact of the tournament on the number of tweets that would be sent, it had seen “unprecedented spikes” in activity, and found that fixing and optimising its systems had involved some unexpected complications.

Twitter warned users that things were likely to get worse before they got better. “Over the next two weeks we may perform relatively short planned maintenance on the site,” said Garrett. “During this time, the service will likely be taken down. We will not perform this work during World Cup games, and we will provide advance notification [of service disruption].”