iTunes 9.2 for Windows and Mac, Now available for download.

﻿Apple today has released iTunes 9.2 for both Windows and Mac. This release brings support for iPhone 4, iOS 4 (formerly iPhone OS 4) for iPhone and iPod touch, support for organizing iOS 4 folders, faster backups with iOS 4, PDF syncing with iBooks and various other bug fixes. 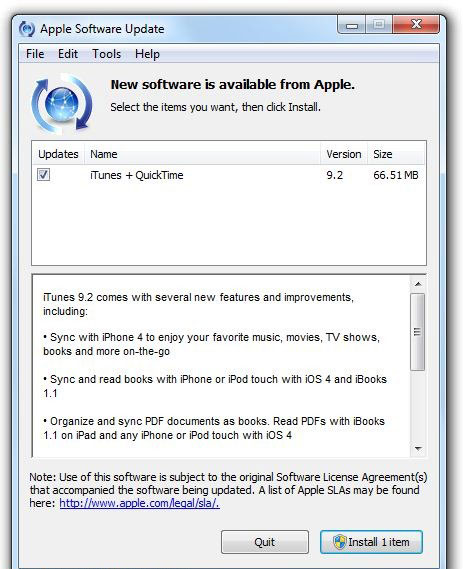 iTunes 9.2 comes with several new features and improvements, including:

Note for Jailbreakers: Those of you who want to jailbreak your iPhone, iPod touch or iPad in “future” using current version of Spirit jailbreak tool should stay away from this release. But those of you who are already jailbroken using Spirit, redsn0w, sn0wbreeze, blackra1n and PwnageTool can safely update to iTunes 9.2.

iTunes 9.2 can be downloaded for both Windows and Mac OS X from Apple Software Update, or directly from the link given below.

Watch the Royal Wedding Live Broadcast via YouTube on April 29, 2011