Android is top, when it comes to ‘recent’ smartphone buyers – Recent Survey

Nearly one in three who bought a smartphone in the past six months snapped up an Android handset, according to a new survey from Nielsen, leaving the iPhone and BlackBerry handsets to battle it out for second place.

The new figures from Nielsen are just the latest in a string of surveys to indicate that Google’s Android platform is taking off in a big way — and at the expense of Apple and BlackBerry-maker Research in Motion, the one-time undisputed champion of U.S. smartphones. 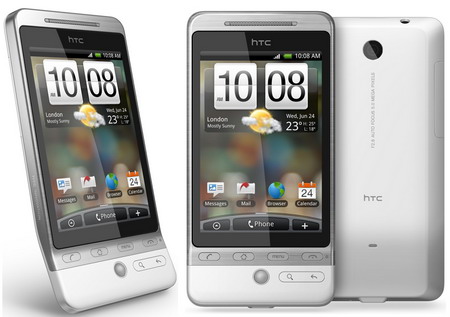 When it comes to overall smartphone market share in the states, BlackBerry still came out on top, with a 31 percent piece of the pie as of last August — impressive, but also representing a troubling 5 percent slide from January, according to Nielsen. Meanwhile, the iPhone held more or less steady at 28 percent in August, compared with 29 percent at the beginning of the year.

But while Android came in third with 19 percent of the overall U.S. smartphone market in August, look where it came from:  a lowly 8 percent in January, meaning it has more than doubled its share of the market in just six months. Whoa. (Note: Nielsen’s smartphone numbers don’t add up to 100 percent because other, smaller platforms make up the difference.)

And when Nielsen turned its attention to just “recent” smartphone shoppers (as in those who bought a new smartphone within the past six months), Android took the lead with a 32 percent market share in August, while the iPhone and BlackBerry handsets fell behind into a “statistical dead-heat” for second place.

Now, some previous smartphone surveys that showed Android phones making gains versus the iPhone and RIM took flak because didn’t take into account the release of the iPhone 4, which sold more than 1.7 million units worldwide during its launch weekend in late June.

So, why are Android phones making so much headway? Rather than diving head-first into the relative merits of Android versus the iPhone and BlackBerry (don’t worry, I’m sure we’ll get plenty of opinions in the comments), I’ll make a few obvious points.

First of all, there are simply a lot more Android models on the market than there are iPhones. This past summer alone, we saw an avalanche of hot Android devices, ranging from the HTC Evo 4G on Sprint to the Motorola Droid X for Verizon, not to mention the Samsung Vibrant for T-Mobile and the Captivate for AT&T. Some of the new Android phones came with massive, 4.3-inch displays, while others featured front-facing cameras, 1GHz processors, and HD video recording. Yes, the iPhone has its high-resolution “retina display” and video chat, but only one new iPhone model came out this year, compared with more than a dozen major new Android phones (and counting).

And then there’s the carrier issue. For now, you can only get the iPhone on one carrier, AT&T, while Android devices are available on all four of the big national carriers.

Last but not least, price is a likely factor.

But when it comes to Android, there are some serious bargains to be had. For example: the Samsung Captivate from last month is available for just a penny (with a contract) through wireless resellers, while Verizon currently has a buy-one, get-one-free deal for the HTC Droid Incredible. Sure, there are also plenty of pricey Android phones on the market (the new Samsung Epic 4G on Sprint is going for $249 with a two-year contract), but just try getting a two-for-one deal for the iPhone through AT&T.

And what about BlackBerry? After all, can’t you get a BlackBerry phone on any of the four big carriers, same as Android? And what about the new touchscreen Torch (a nice-looking device, or at least I thought so)? All true — but for better or worse, Android and the iPhone are all the rage right now, with RIM’s revamped BlackBerry OS 6 still playing catch-up to the latest iOS and Android features.

So, let’s conduct our own (unscientific) survey, shall we? What’s the last smartphone you bought: an iPhone, an Android phone, or a BlackBerry?