UK retailer Omio.com has published its list of “Top 10 Phones of 2009” in which HTC HD2 was unanimously chosen over Apple’s iPhone 3GS. This list was probably created on more day to day sales, and in demand basis of cell phones at the said retailer. The Android based HTC Hero grabbed the first spot, followed by the first multitouch capable (with capacitive) Windows Mobile 6.5 based HTC HD2 in second position. iPhone 3GS could only manage third position. 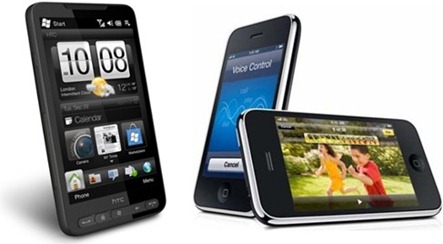 Earlier this month, Time Magazine in its annual “Top 10 of Everything” list picked Droid on Verizon Wireless for the “Gadget of the Year” award. iPhone 3GS in that list managed fourth place behind Droid, The Nook and Dyson Air Multiplier.