Sprint Nextel Corp. announced today at the International CTIA Wireless 2011 show in Orlando, Florida the new HTC EVO 3D smartphone and the HTC EVO View 4G tablet — which is known as HTC Flyer around the world. Both devices will be 4G-enabled and will become available sometime in the Summer of this year. Price will be announced closer to launch, according to Sprint. 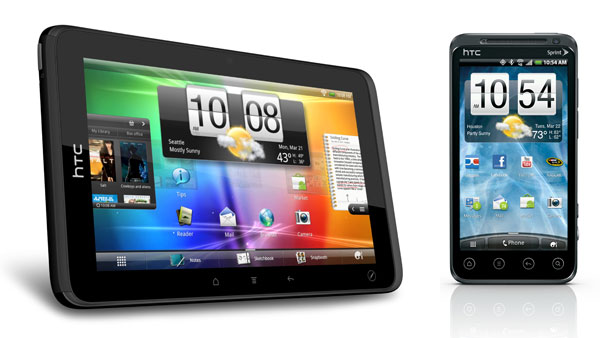 As suggested by the name, the new HTC EVO 3D will allow individuals to record and view 3D video with no need of 3D glasses. The phone will run Android 2.3 Gingerbread at launch. It’s going to be powered by 1.2 GHz Qualcomm Snapdragon dual-core processor. The device has also been equipped with two 5-megapixel rear-facing cameras for 3D video recording, 1.3-megapixel front-facing camera, 3G/4G mobile hotspot capability, and more. 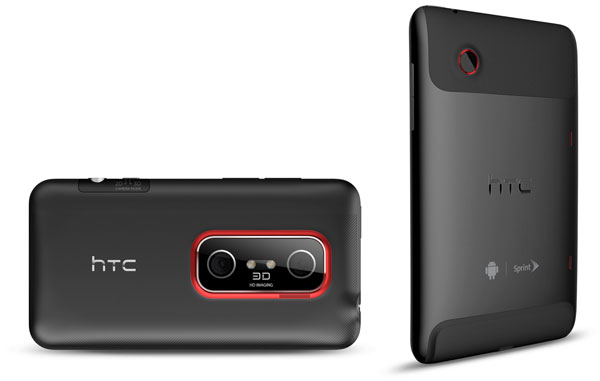 The HTC EVO View 4G tablet will be powered by a 1.5 GHz Qualcomm Snapdragon processor. It will run Android 2.4 Gingerbread at launch. However, it will be upgraded to Android 3.0 Honeycomb in the future. The tablet will feature a 7-inch TFT display with 1,024 x 600 resolution, 5-megapixel rear-facing camera, 1.3-megapixel front-facing camera, and more. It will also be equipped with HTC Scribe, which is a new stylus experience by HTC.

One additional image and more details after the jump.