Mozilla has finally appointed a new CEO ending a 6 month search, as it confirmed that software exec Gary Kovacs will succeed John Lilly from 8 November.

The search for a new head honcho began after Lilly, who has been the company’s CEO for 3 years, said he was joining VC firm Greylock Partners. Kovacs will join the firm from German software giant SAP, where he is VP of mobile products. He has previously held top posts at Sybase, Macromedia and Adobe. 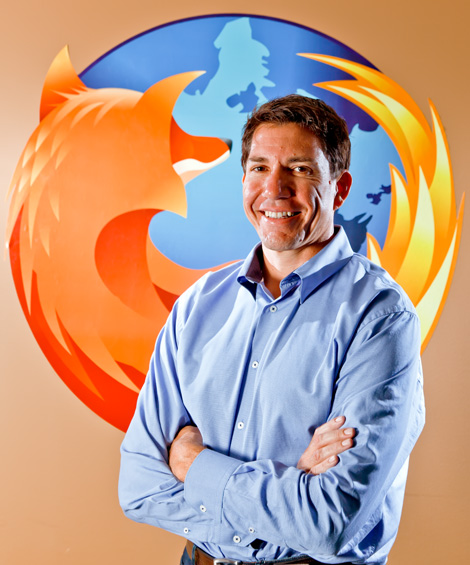 Mozilla is getting a new leader at a time when Firefox is facing increased competition from Google’s Chrome and Apple’s Safari in particular, which are both growing in popularity, although arguably at the expense of Microsoft’s IE rather than Firefox.

The bid to stay relevant in the browser race is also complicated by the fact that Google is one of Mozilla’s patrons and when it entered the market back in 2004 there was no Google product to compete with.

It is believed that Mozilla aill continue to push into the mobile space and might try to focus on social networking too. Mitchell Baker, the chairwoman of Mozilla, told The New York Times that it will look at areas where other internet companies have ‘choke points’ over the activity of their users and will also explore ways to make sure that social networks, namely Facebook, do not ‘lock in’ their users.

“I don’t think we are going to make an application that competes with Facebook, but the Mozilla community might decide to build services that help users “keep track of who you are and who your friends are that will work across applications,” she reportedly said.

The company has only just released the beta version of its mobile browser, codenamed Fennec. However, Kovacs said he will first focus on shipping the next version of Firefox, due out towards the end of this year, before pushing for mobile browser domination.