Sony’s PlayStation Network (PSN) is to go offline for just over 12 hours, starting at 4pm BST (8am PDT) on Wednesday June 9, though there is one way that PlayStation 3 owners can ensure their daily online gaming needs are met: log on before the network goes down.

Its European website specifies the downtime as running from 4pm to 4:30am on Thursday June 10, North America’s equivalent as 8am to 8:30pm PDT (11am-11:30pm EDT), while the Japanese website logs the period as being slightly longer, midnight to 1:30pm on the Thursday. 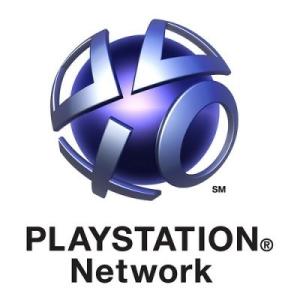 It means that access the PSN Store as well as basic account management and creation features will be temporarily denied for those not already signed in when the update starts. Games which do not require a net connection can still be played offline, but normal service should be resumed after the upgrade is complete.

As the European Store usually updates with new games and demos for PS3 and PSP on Wednesdays, the June 9 batch of content will be going live a little earlier than usual, expected shortly after noon rather than in the early evening as is the norm.

One of the titles scheduled for European release on June 9 is Joe Danger, a cheerful game about a motorcycle stuntman from UK debutants Hello Games, and it has been picking up some extremely high scores at review.

Sony are keeping tight-lipped about reasons for the upgrade, though they are known to be keen on pushing 3D technology at the important Electronics Entertainment Expo, June 14-17.

June 10 is the date that 3D gaming launches on Japanese Playstation 3s, in support of a Sony 3D TV promotional deal that is due to be rolled out in Europe at around the same time.

A console update enables the output of a 3D signal, and the Japanese PlayStation Store is expected to accomodate promised 3D versions of Super Stardust HD, Wipeout HD, Pain, and demo level from a re-jigged Motorstorm: Pacific Rift.

Co-inciding with the maintenance period’s proximity to E3, there have been rumors regarding the introduction of a premium service for PlayStation 3 users, similar to the Xbox 360’s Gold membership. It would add extra paid-for features on top of the matchmaking and messaging service already available for free and, if true, would be part of Sony’s presentation on June 15.

There are also regional enhancements planned for the store’s film content at some point during 2010, which is currently only available in the UK, Ireland, France, Germany, Spain and Italy.