Latest reviews of BlackBerry Storm 2, attempt at devising an iPhone-killer

The BlackBerry Storm 2 is Research in Motion’s second attempt at devising an iPhone-killer, but in rushing to join the touchscreen phone bandwagon the company has forgotten what made BlackBerry handsets so popular in the first place.

For consumers, the Storm 2, on sale in Australia from this month, will struggle to keep up with the iPhone and the soon-to-be-launched array of more advanced multi-touch devices such as the HTC Desire, Samsung Wave and Sony Ericsson’s Xperia X10. 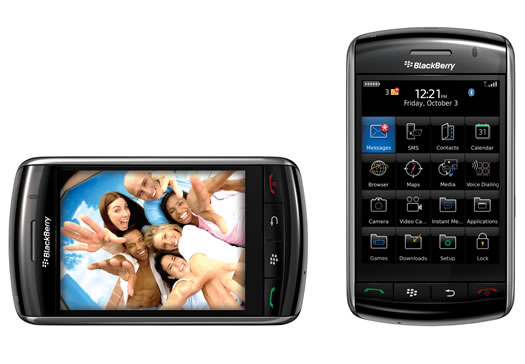 And business users accustomed to the QWERTY keyboards and long battery life of previous BlackBerry models may struggle to adapt to this new touchscreen model.

But before I begin, I must admit that I have been a CrackBerry addict since long before they had built-in cameras, apps, MP3 players and other features to appeal to the consumer market.

As those around me began upgrading to whiz-bang new touchscreen phones like the iPhone, HTC HD2 and Android devices, I resisted the urge to make the switch.

The large touchscreens (a whopping 4.3-inches in the case of the HD2) and multitude of apps had nothing on the BlackBerry in the two key areas that matter most to me: the messaging features with physical QWERTY keyboard and the battery life.

The hardware QWERTY keyboard on the Bold 9700 is so impressive that I have on occasion filed stories from it, instead of taking my laptop, while I’m often able to get around 2-3 days out of the battery in moderate use.

With the new Storm 2, both of those key advantages have vanished. People who are constantly firing off emails using the device (read: most BlackBerry users) will find typing on the touchscreen software keyboard slower and more error-prone than on BlackBerry handsets with hardware keyboards. But, of course, typing speed and accuracy improves with practice.

And on the battery side, you’ll need to be charging the device every evening, just like with the iPhone. After relatively heavy voice and email use during a work day, followed by an evening engagement, my Storm 2 review device powered down due to low battery before I got home.

Granted, the Storm2 is a major improvement over the original Storm. It’s sleeker (though still on the chunky side at 160 grams), nowhere near as buggy and offers a new touchscreen interface that is far easier to use. But I was still left with the feeling that the menu system and general interface was designed for the original, keyboard-driven BlackBerry models, with touch support just tacked on over the top.

Unlike the first Storm, the Storm 2 has an electronic touchscreen (3.2-inch) rather than a mechanical one, however, pressing on the screen to type letters or open applications still gives a tactile “click”.

You feel the screen pushing in when pressed (except when the phone is locked or switched off), which will initially feel foreign to those who are used to just tapping on the surface of the iPhone and similar devices. But, thankfully, the entire screen doesn’t wobble, which was the core downfall of the first Storm.

Basic multi-touch on the keyboard and in third-party apps is supported. For instance, users can push shift while simultaneously pressing a letter to capitalise it, or use two fingers to easily select blocks of text for copy and pasting. But iPhone and Android-like gestures, such as pinching to zoom images and web pages, are not available.

The web browsing experience on the large touchscreen is far better (and faster) than previous BlackBerry models but the lack of support for multitouch gestures and Adobe Flash puts it at a disadvantage compared to some competitors. The browser also generally doesn’t feel as though it has been optimised for touch, and I found myself often hitting the wrong links on crowded web pages.

The other key differences between the first and second iterations of the Storm is that the latter has built-in WiFi and a less clunky on-screen keyboard. A full touchscreen QWERTY keyboard is offered and the phone automatically shifts into landscape mode when turned on its side, offering much larger keys than when in vertical mode.

But business users will no doubt prefer a hardware keyboard and I was a little frustrated when the phone on several occasions refused to flip into landscape mode. Furthermore, even in the landscape QWERTY keyboard, only one punctuation mark, a period, is offered, and users have to tap into a separate menu to get commas, @ or question marks.

The row of buttons along the bottom of the device – call, end, back and menu – are temperamental and occasionally don’t respond.

On the plus side, the BlackBerry has finally joined the app revolution, and users can browse App World to choose from a selection of around 5000 apps, ranging from Facebook to games to office productivity tools. Users will apps for video poker and Blackjack online. But only free apps are available to Australians via App World, with RIM unable to say when paid apps will be offered.

Furthermore, the number of available apps pales in comparison to the 150,000 on the iPhone and the 30,000 on the Android Market. Google’s Android mobile platform is emerging as a key player and the number of apps has doubled in the last three months.

But unlike the iPhone, the Storm2 is capable of true multi-tasking, with users able to hold down the menu key to switch between several open applications.

The Storm 2 includes a respectable 3.2-megapixel camera with autofocus, a flash and video recording – far better than the iPhone’s camera. It also comes with built-in GPS and 2GB of internal memory which can be expanded to up to 32GB using the microSD memory card slot.

The push-email and security features on the BlackBerry are unparalleled but the main users of such features, mobile workers, will struggle with the Storm2’s touchscreen. Meanwhile, consumers who aren’t as reliant on mobile email are probably better off checking out the iPhone or the forthcoming range of new Android handsets, particularly the HTC Desire, which launches next month.

The Storm2 isn’t a bad phone by any stretch but I can’t help but come away with the feeling that in rushing to join the touchscreen revolution, RIM has ended up with a device that is a jack of all trades but master of none.