Sony on Tuesday finally unveiled its first two tablet devices, which have been rumored for several months. For the time being, the tablets are known as the “S1″ and “S2,” though these are codenames and not launch names. Sony’s S1 is a 9.4-inch tablet that features an “off-center of gravity design,” and the S2 sports a folding form factor with dual 5.5-inch displays. 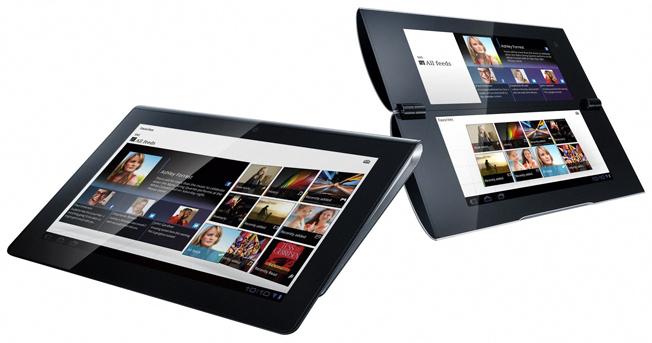 Both tablets will feature Android 3.0 (Honeycomb) along with custom Sony software that focuses on media and entertainment. Gaming will be a core element of Sony’s tablet strategy, as it will be with Sony Ericsson’s smartphone strategy, and the S1 and S2 will both feature PlayStation integration and PlayStation Network compatibility… if PSN is back up by then. Sony’s Qriocity music services will be featured as well, and eBooks will be readily available through Sony’s Reader Store. Hit the break for the full press release.