In its continuing quest to somehow make inroads against the iPhone and Android markets, Blackberry maker Research in Motion has acquired mobile software company Cellmania. 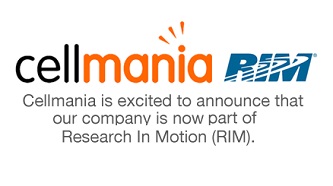 “Our team has joined RIM’s global organization and will continue to bring our expertise in application storefront development to the BlackBerry platform,” confirmed Cellmania in a statement on its website.

RIM recently launched its newest mobile operating system, Blackberry 6, with its flagship handset the Blackberry Torch. Although the new platform is a significant upgrade from previous versions of the software, critics have lambasted it as completely un-revolutionary and offering hardly anything new or better than what Android and Apple have already done.

As part of the Blackberry OS overhaul, RIM launched a new version of its app store, App World, though it also have been receiving a lukewarm welcome. Much of the updates don’t do anything to change the fact that RIM is still married to its old technology and unable to break free from its historically clunky designs. It hopes buying up a brand new company with fresh ideas will help change that. RIM’s stock price has fallen by more than 25% since the beginning of the year.

Financial details of the deal were not disclosed.