Bing continues to gain market share, will focus on mobile

Microsoft’s search engine continues to grow in market share in a come-from-behind story that has been a great success for the company, and it will now strengthen its efforts to gain notoriety in the mobile space.

According to the latest numbers from industry leading analyst first Comscore, Bing now accounts for 12.7% of all Internet searches in the US. That’s still a significant step behind Yahoo at 18.9% and Google which still dominates the market at 62.6% 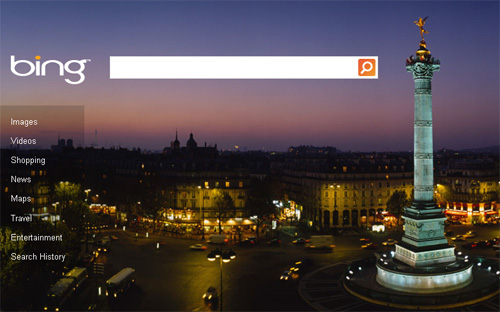 However, it is quite impressive when considering the fact that Microsoft only powered 6.5% of searches in June of 2009. The engine has almost doubled in market share in just one year.

“There is something that we are doing that is clearly resonating but that said we are a low share player,” said Microsoft’s Satya Nadello in a BBC interview. “We have barely gotten into double digits but we want this to grow into a significant business for Microsoft. It is a huge market where there is a significant profit pool that can be achieved.”

Bing has done a lot to reinvigorate the search engine market. Google’s focus has been on perfecting its algorithm to find the most relevant information from a given string of words entered into the search box, but Bing has concentrated on trying to get into users’ minds and figure out exactly what they want. It also offers new features like allowing users to stream music, watch videos, and play video games without ever leaving the Bing interface.

Microsoft also scored big when it struck a deal with Yahoo to power all of its Web searches, a move that was cleared by the US from any potential antitrust concerns.

Going in line with Yahoo’s modus operandi of late, Microsoft will try to gain a strong presence in the mobile world, where Internet search is still in its infancy. The Bing iPhone app has been downloaded 4.3 million times, which is not a lot but also not insignificant. In total, Bing claims to have 23 million mobile users.

“It’s clearly an area where growth in search is occurring and in terms of strategic importance, it is near the top for Microsoft,” said the company’s mobile VP Erik Jorgensen.

More apps for Android and Blackberry are likely to pop up soon. In the mean time, if Bing continues to chip away at Google, there is the potential for a full-scale search war.