Rejoice boys and girls, deadly snow and giant alien’s are back once again, Lost Planet 3 officially announced by Capcom with a debut trailer, Game is being developed by Spark Unlimited  who brought gamers Turning Point: Fall of Liberty back in 2008. By the looks of the trailer a slight diversion from the original story pitch has been seen. 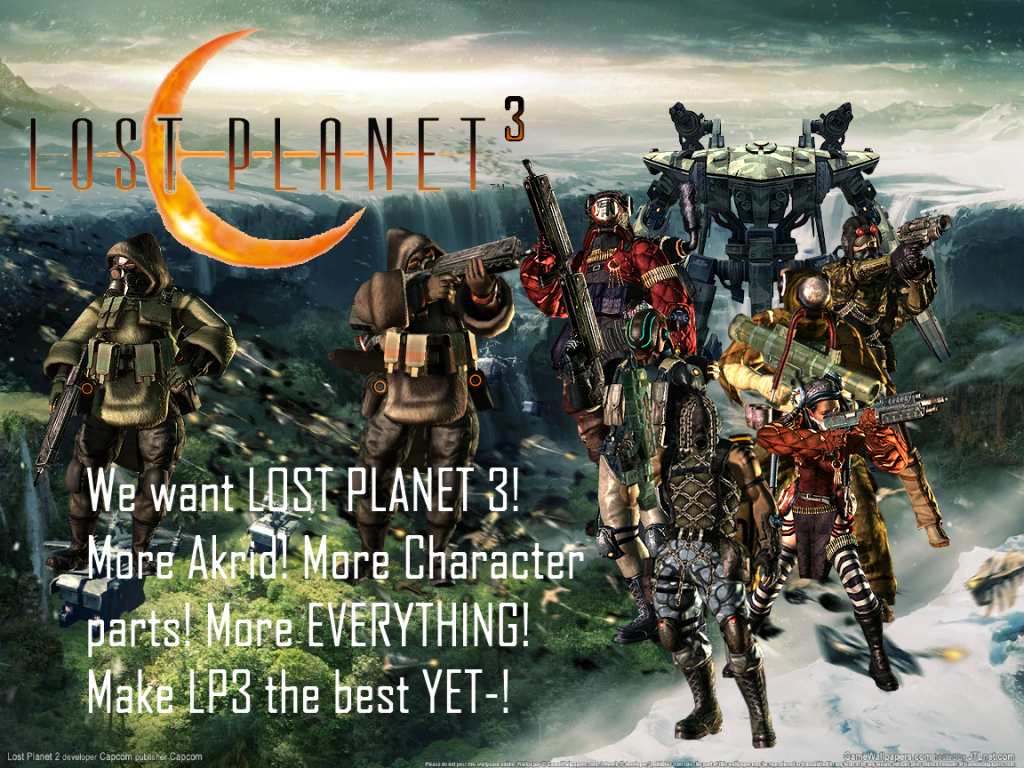 The main character “Jim”; a contractor who landed on planet EDN III to obtain some thermal energy samples for Neo-Venus Construction company, using a utility rig Jim is out in open finding thermal energy sources and to protect himself from the extreme changing climate the game features a first person shooter combat while playing in rig the combat on foot provides third person experience, game is going to utilize the Unreal Engine 3 rather then MT frameworks which powered the previous titles.

The game is in development by a large number of designers and artist and working wildly to bring us the classic creepy aliens and illustrated environment, the launch trailer dropped a lot of bombs which includes the game being a console exclusive.

Bad news for PC gamers indeed as the third instalment in the series will not be on PC but hopefully they will come around and release it for a later date.