Microsoft has announced it will push Internet Explorer 9 out to Windows users everywhere starting at the end of June 2011. Thus far IE 9 is only available in Windows Update to those that used the IE 9 beta or RC releases.

We’ve proclaimed many times that the release of Internet Explorer 9 is great news for web developers, not because web developers use IE 9, but because other people will. 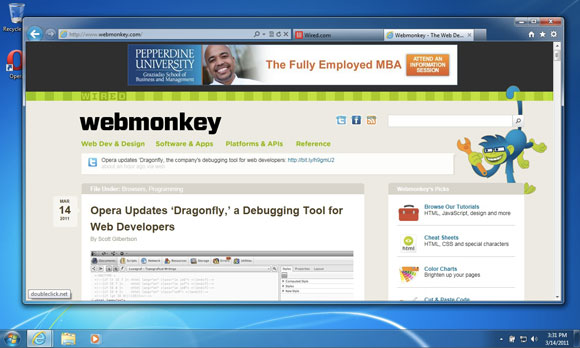 Of course that’s only true if IE users upgrade. Several million already have, but the real upgrade process will begin when Microsoft pushes out automatic updates to move all IE 8 users to IE 9.

In a blog post attempting to explain why Firefox 4 trounced IE 9 in the number of initial downloads (the demand for Firefox 4 was roughly twice that of IE 9), Ryan Gavin, Senior Director of Internet Explorer, writes, “Internet Explorer 9 will not be broadly rolled out on Windows Update until the end of June.” That, more than any other IE 9 date, is what web developers have been waiting for.

Keep in mind that IE 9 does nothing for the rather large contingent of Windows users still relying on Windows XP, but at least Vista and Windows 7 users will soon have a much improved web browser.