Microsoft on Wednesday began sending out invitations to the press for the company’s Windows Phone 7.5 Refresh launch event in China. According to Liveside, the event will be held in Beijing on March 21st. While the invitation doesn’t mention any specific handsets, 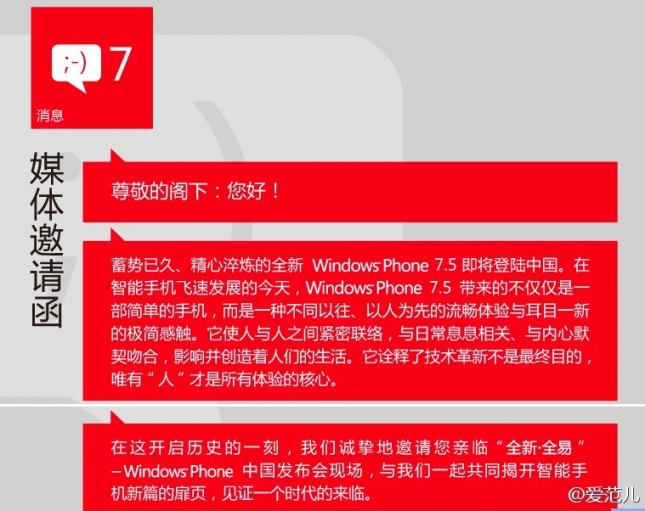 HTC recently launched the Titan — becoming the first manufacturer to release a Window Phone device in China. Nokia CEO and president Stephen Elop will also reportedly host a separate event on March 28th. The company is expected to launch three Lumia devices, most likely running the refreshed Windows Phone 7.5 operating system. As of the fourth quarter of 2011, Nokia controls 16.1% of the Chinese mobile market, second only to Samsung.