Bringing the operating system to “new platforms”, Apple may Put iPhone OS on Other Devices

Apple is showing its true mobile colors. The company is on the lookout for an engineer who can help get its mobile-phone software onto additional devices.

On Feb. 15, Apple (AAPL) posted an ad on its Web site for an engineering manager “to lead a team focused on bring-up of iPhone OS [operating system] on new platforms.” Days later, Apple Chief Operating Officer Tim Cook called the company “a mobile device company,” echoing remarks by Chief Executive Steve Jobs, who in January said “Apple is the largest mobile device company in the world.” 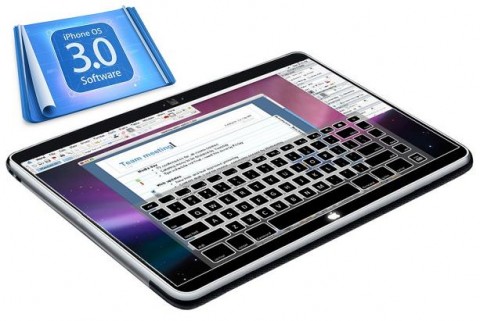 The posting and remarks underscore Apple’s growing reliance on devices that provide Web access and computing features for users on the go. In the three months ended Dec. 26, the iPhone and related products accounted for $5.58 billion, or 36% of total sales, up from 25% of revenue a year earlier. Apple also sells other mobile devices, including the iPod Touch.

An adaptation of the operating system used in Macintosh computers, the iPhone OS runs the iPhone, iPod Touch music player, and the forthcoming iPad tablet computer. In the future, analysts say, Apple may put the OS onto Web-connected TV machines and devices that help viewers watch 3D programming. The Cupertino (Calif.)-based company may also consider licensing the iPhone OS to outside cell-phone manufacturers. Apple has shipped more than 75 million devices based on the iPhone OS, which lets users download and run applications such as games and calendars sold at the Apple App Store. Apple spokeswoman Natalie Kerris declined to comment.

Responsibilities for the sought-after engineer include “working closely with the hardware and custom silicon teams to bring-up new platforms and prototype systems.” The term bring-up “typically refers to the final stages of a technology being brought to market,” says Nick Corcodilos, a tech recruiter who runs the AskTheHeadhunter.com blog. The job posting was previously reported by TheInquirer.net.

Apple may embed the iPhone OS in a Web-connected TV, says Charlie Wolf, a senior analyst at Needham & Co. “Where Apple is noticeably almost absent is in the living room,” Wolf says. “It represents the natural migration of the operating system. And it’s going to be a big market.”

Currently, Apple sells Apple TV, a set-top box that lets users buy and rent high-definition movies through its online iTunes Store. The $229 gadget, introduced in 2007, isn’t yet a big source of revenue for Apple, executives say. Cook and Jobs have both called Apple TV a “hobby.” Still, Apple will invest in Apple TV “because our gut tells us there’s something there,” Cook said at a Goldman Sachs (GS) conference on Feb. 23.

Demand for Web-connected home entertainment is on the rise. Wal-Mart (WMT) on Feb. 22 said it will acquire Vudu, a movie-downloading service that this year will be built into more than 150 products, including televisions. Last year, retailer Best Buy (BBY) said it will sell Netflix (NFLX) movies through certain Blu-ray disc players and offer Sonic Solutions’ (SNIC) CinemaNow service through an array of electronic devices.

More than 3,000 people have paid their Mercedes-Benz lease through iPod, iPhone